After a two-year hiatus, we were able to host another unique and long-awaited Championship. Although not yet at full capacity, throughout the Dubrovnik Dub Bowl seven-day program we witnessed an amazing atmosphere, many stunning and unforgettable moments. 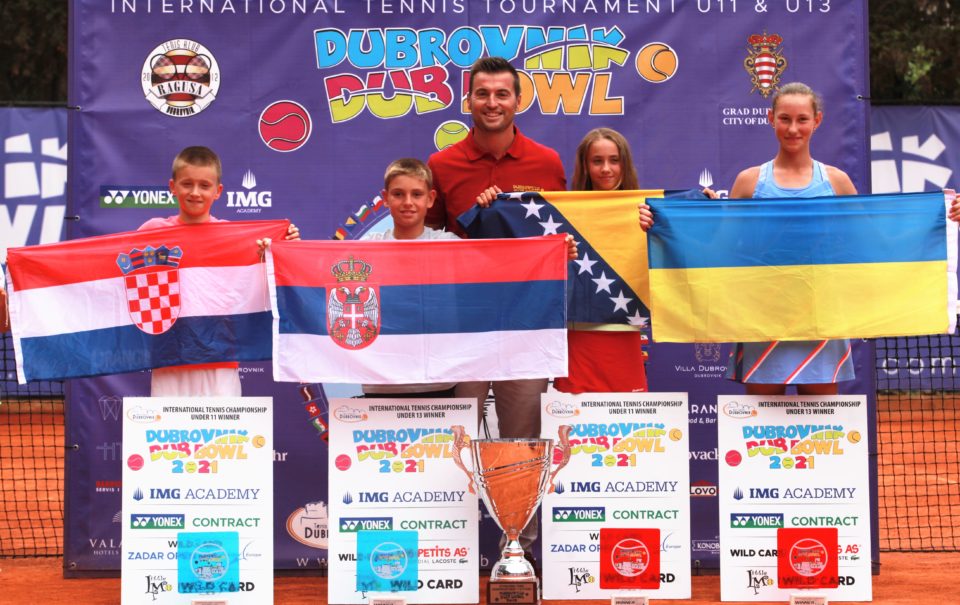 U13 GIRLS’ | Sofia Kryvorucho became the first Ukraine player to win the girls’ U13 singles title at Dubrovnik Dub Bowl. Even though Sofia is already Ukrainian National Champion in  U12 and U14 categories, she claims no other trophy felt so good.

U11 GIRLS | Tea Kovačević brought Dubrovnik Dub Bowl trophy to neighbouring Bosnia and Herzegovina. National Champion and member of BIH National Team dazzled the opponents with her style of play and left Dubrovnik as a U11 GIRLS’ winner.

“I am very glad that I was here. I got a great experience. Many thanks for organizers and sponsors for the organization of the tournament. I wish all Dub Bowl good matches and new victories.”

“Dubrovnik Dub Bowl is one of my favourite tournaments. I had great time on and off court. Organizers were amazing and provided us a memorable experience. I recommend this tournament as it is amazing tournament and place where young players from all over world meet. I look forward to coming back to Dubrovnik.”

“Dubrovnik Dub Bowl is my favorite tournament. I really Dubrovnik because no other town had history like that. I really like the tournament and it’s going to be my favourite place in life. Dubrovnik was a nice tournament, I met a lot of friends and played my best tennis. I wish everyone could try and come to Dubrovnik to see for themselves. I wish you to go and try to go because it is one of the biggest tournaments.

“Dubrovnik Dub Bowl is my hometown tournament. It is very important to me that I played well here. I am happy that i met many international friends. I am looking forward to participating again next year.”

U13 2021 Dubrovnik Dub Bowl winners were awarded with journey to the USA, Florida to practice at one of the world’s leading sports academies IMG Academy, contract with one of the leading tennis brands – Yonex and entry for p „U14 World Championship – Les Petits As“ in Tarbes, France and Little Mo – international prestigious tennis tournamnet in the USA.

U11 2021 Dubrovnik Dub Bowl winners were awarded with journey to the USA, Florida to practice at one of the world’s leading sports academies IMG Academy, contract with one of the leading tennis brands – Yonex and entry into Little Mo – international prestigious tennis tournamnet in the USA and Tennis Europe wild card „Zadar Open U14“.